Fronarth Boneddiges has been Youngstock Champion at Lampeter, Glanusk, Northleach, Three Counties Malvern and Royal Welsh shows. At The Royal Welsh she has been a winner 4 times, once Female Champion, twice Reserve Female Champion and in 1999 was George Prince of Wales Cup winner, Tom & Sprightly Cup Winner and the Supreme Royal Welsh Champion. She was also champion at numerous major shows including:- Royal of England, Three Counties Malvern, Northleach – twice, Pembroke County, Meirioneth, United Counties, Aberystwyth and Cardigan. In addition to her show record she also proved her worth as a brood mare being the dam of, amongst others, Fronarth Victor. 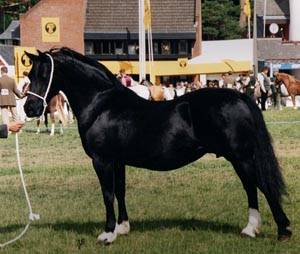