We had an incredible 2014 Royal Welsh Dafydd and Sion taking Champion with their sheep on Monday. On Wednesday we had sheep Supreme’s to be in and cob mares to show, so you can imagine a little bit stressed how would we cope. Thanks to Stuart Davies and great lot of sheep friends Dafydd’s Suffolk’s went on to win reserve Supreme pairs and Supreme lowland.

Fronarth Zeta Jones started the day off brightly by winning the large Barren Mare class. So when Fronarth Super Model went and took the Senior Brood mare class, we could not believe it. You can imagine it was quite a feeling taking two mares into the female championship. With the help of Daniel Hughes Ionos Stud. The two mares gave it their all on the hottest day of the year. Fronarth Super Model went on to take Female Champion for the second consecutive year.

To our delight this year she went one better than last year, proudly engraving her name on the Prince Wales Cup. She then went on to win Tom and Sprightly cup and reserve to Cuddy.

We have had many great Royal Welsh show’s over years but this top’s them all. 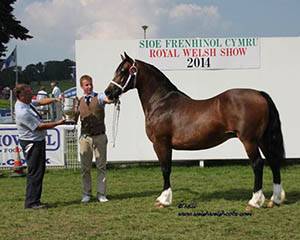 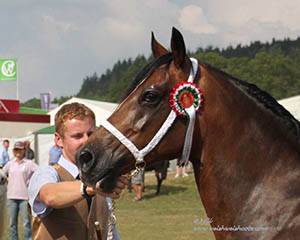 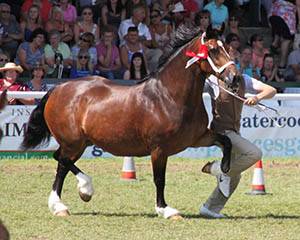