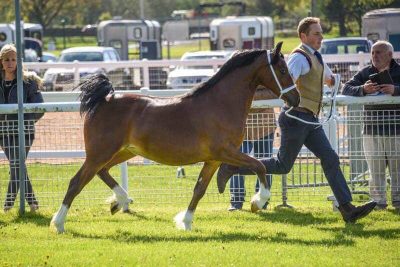 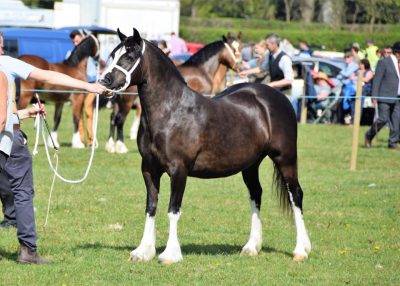 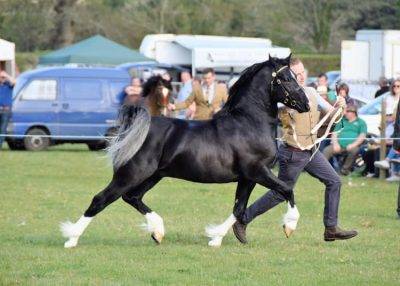 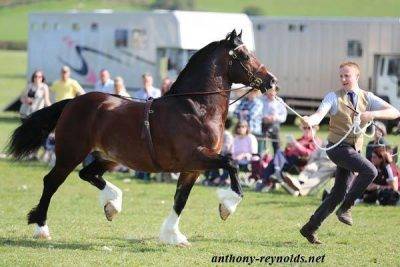 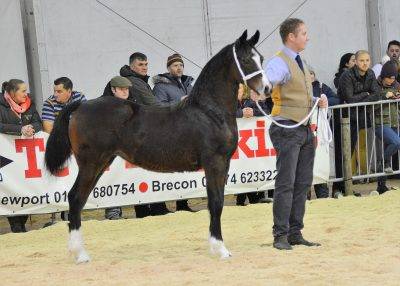 It was a great honour to receive an invitation to judge the Welsh Driving classes at the 2018 Royal Welsh Show, an experience I will treasure forever. Having competed in the same ring myself in the in the late 80s and early 90s, I could empathise with the exhibitors as they drove into the ring and performed their displays. One of my yearly highlights is to sit in the grandstand and watch the driving championship demand the attention of the crowds in the main ring. To this day, I believe that is it a big shame that the individual classes do not get the chance to display to the crowds of the main ring.

I was looking for a pony that was true to type and that was able to display extravagant movement and I was not at all disappointed by the fantastic display of ponies and cobs that I was presented with. My first class was the section A and B driving and in 1st  I placed Senny Kendal. This charismatic pony, exhibited by C Granger and G P Mitchell demanded my attention from the moment he entered the ring and I had no doubt that he deserved to stand at the top of the line. The second class, Section C pony of cob type, was the strongest class of the day. In 1st place was Cargarsar Silver Shadow, a fantastic mover which was also exhibited by C Granger and G P Mitchell. The 2nd and 3rd placed ponies, Nebro Rising Sun and Leyeswick The Hustler, were also exceptional movers. Ddraiggoch Ruby Sundae, owned by E Emanuel, excelled in the Section D Mare class. She was an extremely elegant mover who I later chose as my Reserve Champion. Thorneyside Touch of class, exhibited by A Butt, strived in a very strong Welsh Cob Stallion class and I had no hesitation in placing him 1st.

As the class winners entered the main ring on the Tuesday afternoon, again Senny Kendall performed to the highest standard and I had no doubt in my mind in choosing him as my Champion. I was extremely pleased to then see this true example of a Welsh driving pony go on to win the Supreme driving pony of the show.

I would like to extend my sincere thanks to the society for this fantastic honour, and I would also like to express my greatest respect to the exhibitors & owners for producing and turning out these ponies to such a high standard. I fully appreciate the work and effort that goes into producing, preparing and exhibiting ponies and cobs for the show ring, and again would like to thank you all for your efforts. I am also very grateful to the fantastic team of stewards for their support and for ensuring that everything ran smoothly. The quality of the Welsh driving classes was of an excellent standard this year again and what was lacking in numbers was definitely made up in quality, type and performance.